Born in 1969 in Tehran, Iran, Masoud Akhavanjam was sent to Boarding School in Marburg Germany, at the age of 14. In 1989 Akhavanjam moved to the United States and attended the George Washington University, receiving a degree in Biology in 1995. In 2005 he received an Executive MBA degree from the Kempten University of Applied Science in Germany. From 1997 to 2011 Akhavanjam managed the Design Department of his family’s Iranian manufacturing company for household appliances. Later with the knowledge he had gained through his experience in the manufacturing business and the interest he always had in sculpture he established his own workshop, making his first bronze sculpture in 2011.

In 2013 Akhavanjam had his first solo exhibition at the Etemad Gallery in Tehran, followed by a solo exhibition at the Niavaran Cultural Palace in 2015, Shirin Gallery in 2016, Khak Gallery in 2019. In addition, he participated in Abu Dhabi Art in 2016, and CONTEXT Art Miami in 2016 with Shirin Gallery. He has exhibited in group exhibitions in places such as Opera Gallery, Mojdeh Gallery, Mohsen Gallery and Ariana Gallery in Tehran. In 2015 Akhavanjam participated in the Magic of Persia Auction Dubai, and 2016, 2017 and 2019 at the Tehran Auction. His works have been shown at the GAA Foundation exhibition at the Giardini Marinaressa, in the context of Venice Biennale in 2019. Akhavanjam is a Greek resident, living and working between Greece and the United Kingdom. 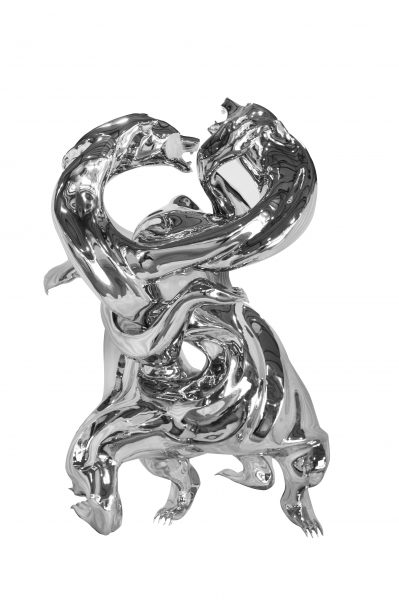 Iranian contemporary sculptor, Masoud Akhavanjam, will be exhibiting his mirror polished stainless steel sculptures at three locations at La Biennale di Venezia 2022. The works, conceived as a social commentary, deal with themes such as the power of the mind over brute force and the constant struggle for a harmonic coexistence. 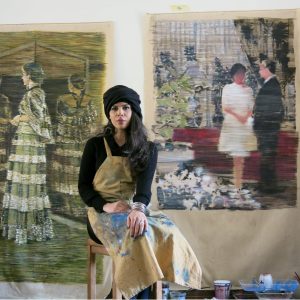 For exhibition announcements and news